I have reviewed the latest 12 year old from Jura back when I was sent a sample for a Tweet Tasting. The latest selection from the distillery was meant to up the quality and reputation of the single malt portfolio. In my reviews I didn’t think this had been achieved but I thought it would be good to go back to the previous version the 12 year old Elixir and see if it is an improvement at least. 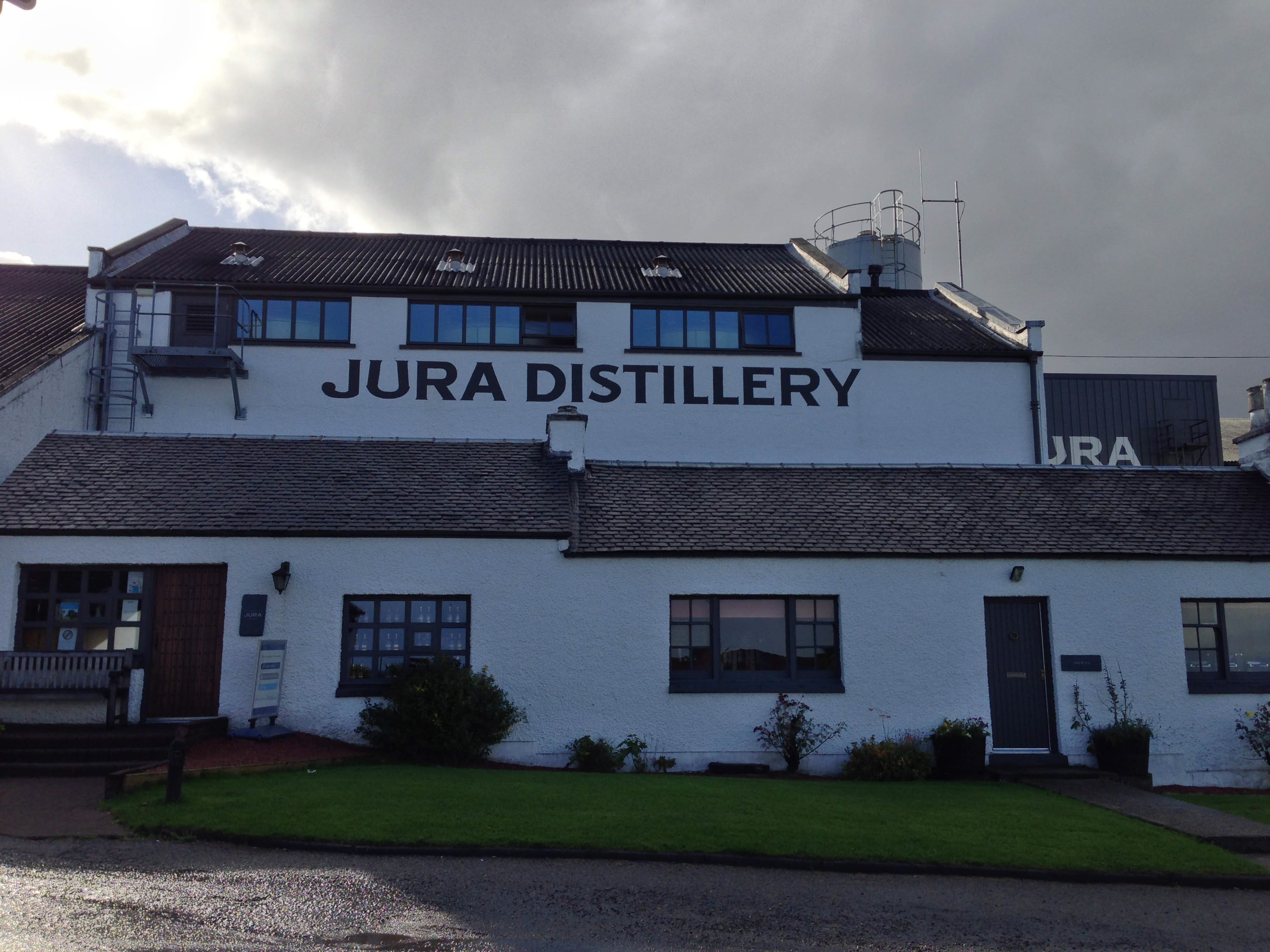 The distillery is currently owned by Whyte & MacKay who use the distillery and its versatility for their blending. This is why the previous range of Jura had so many styles from completely unpeated to heavily peated. With the current new range though they have settled on an Island house style approach where everything is lightly peated.

You will find it in supermarkets all over the world (at least in Europe) with small price tags and big marketing stories. They have a visitor centre and a ferry trip from Islay is a cheap and quick if not a little rusty ferry hop.

Matured for a minimum of 12 years in American White oak ex-bourbon barrels and European Sherry barrels. This bottle was used to show the spicy and wood influenced side of the flavour wheel. Available for around £40 it was the less well known bottle with the 10 year old origin the most prolific.

As with all the Whyte & MacKay brands this is a coloured and filtered whisky bottled at 40% ABV. These are not meant to be anything other than mass market appeal so its about widening the user base and not shutting people out. It is apparently believed that colouring and filtering whisky helps in that regard. How true that is though I am not so sure.

Nose – Soft fruit and lots of prickles of chilli heat and cinnamon.

Palate – An off chemical petrol note undercurrent against top notes of caramel and drying oak wood.

Finish – Short finish with a surprising amount of heat for such a low strength whisky.

These are the kinds of whisky you buy when  you are new to whisky. Perhaps that is unfair but it was certainly the bottles I went for when I started out. These seem like good options because they are widely available and low cost so the risk seems low. In reality though they do the sector a disservice because you could easily see people trying these and thinking single malts aren’t for them because they aren’t particularly enjoyable to drink.

However, the new 12 year is better but how much damage has already been done?