So while doing some background research on the Bowmore Distillery for the review of their Small Batch bottling I started reading about the local airport. I have spent so many hours looking at the pictures and reading articles that I have decided to write my own post about the subject. I really really love the Isle of Islay and I enjoy learning about the history of places especially during the war so this is a great fit. However, if you are only interested in whisky and nothing else, I would probably move on now.

Since the 1930’s there has been an airfield on the island and today there is a modern airport serving the local community. In 1940 RAF Port Ellen was opened to defend Great Britain from enemy attack and to provide reconnaissance over the Atlantic. In 1942 a concrete runway was installed on the site in the same three runway configuration as seen today. This was a standard design of RAF runways made during this time so maximise to chances there would be a runway allowing planes to take off into the wind but not requiring the entire area to be concrete over. 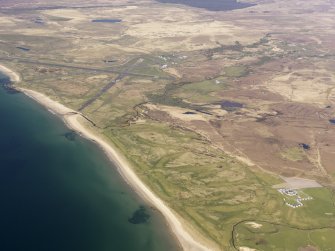 In the town of Bowmore the 246 Squadron Coastal command is based from the distillery there flying Sutherland bombers. The worst tragedy of the war happened in a landing accident in 1943. The entire story is laid out including a letter from a relative of one of the dead men at http://www.islayinfo.com/islay-worldwar2-sunderland-boat.html.

Also just outside the perimeter of the current Islay airport is a nuclear attack watch bunker. This bunker was one of a national series of bunkers used by the government to monitor for nuclear attack and transmit to central government the scale and location of the initial blast should one ever come. The Royal Observer Corps built and manned these bunkers using mainly volunteers until 1996. The ROC volunteers used a uniform very similar to that of the RAF. The ROC and their uniform provided a good cover story over the decades for top secret installations and operations in the UK although there is obviously no evidence of this on Islay it is an interesting side note. 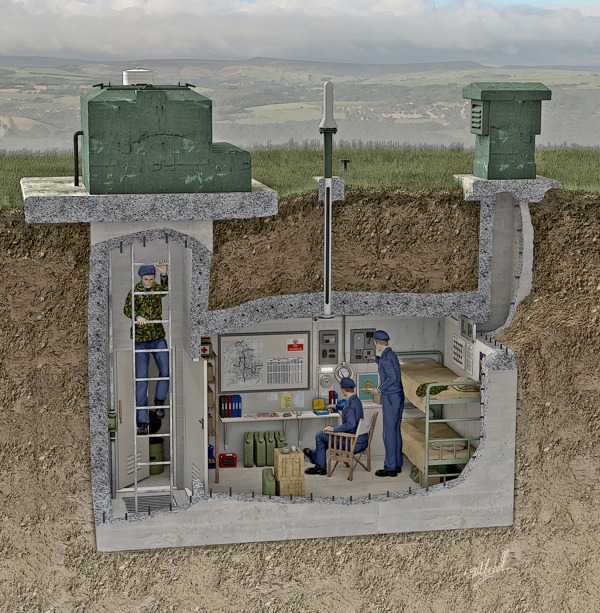 Working from left to right the bunker worked as follows: The entrance shaft also contains a simple pin hole camera. The photographic paper would go black in the event of a nuclear explosion. The 4 holes in the camera were used to tell the direction of the blast from the bunker. The central device was an instrument used to measure the level of radiation in the atmosphere and lastly at the far right was the ventilation shaft which also housed a device to measure the force of the blast from a nuclear explosion.

Today the outside of the bunker looks like this: 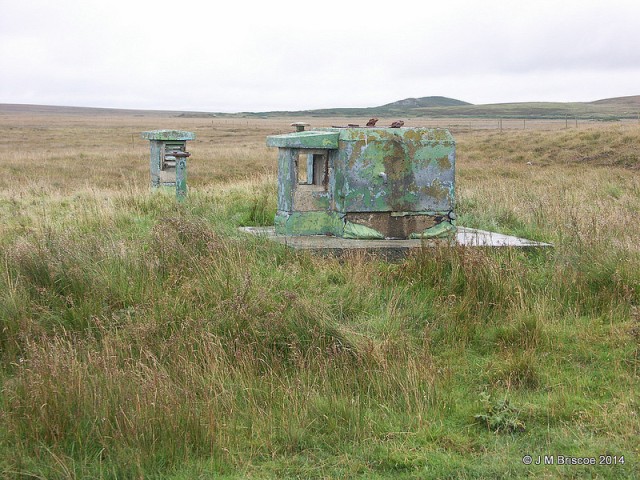 You can see that is looks to be in pretty good condition really overall. The information I found online was this installation was last used in 1991 so that would explain why it has not been completely destroyed.

To the west of RAF Port Ellen stands the remains of RAF Kilchiaran which was used until 1958 as a small radar defence station. The station was built in 1953 and cost £160,000. There was no accommodation onsite with personnel staying in hotels in Port Charlotte and Bridgend while stationed here. One of the buildings is now used by BT for microwave equipment, a stand by building is now used by a farmer and the radar technical block has sat bricked up since 1960. 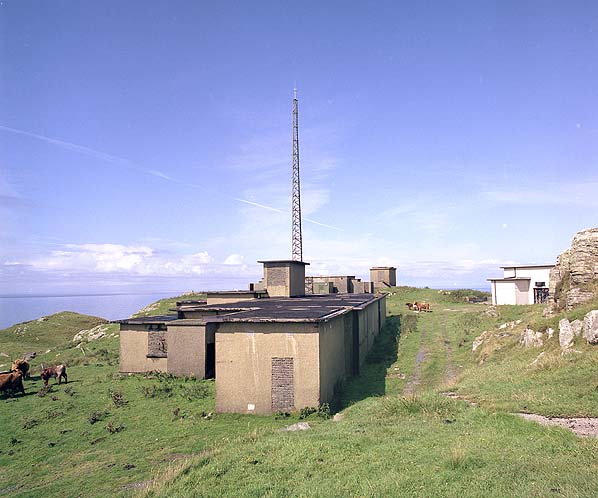 More recently a military aircraft caused a crash at Islay airport. It was not a serious crash but it was rather embarrassing for Prince Charles. On 29th June 1994 Prince Charles was allowed to land the royal jet he was traveling in to visit some distilleries on the island. While holding the rank of Group Captain the prince was considered a passenger by the resulting air accident crash after he overshot the runway and caused one millions pounds of damage to the BAE 146 aeroplane. 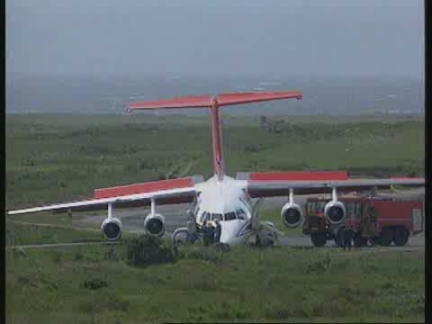 The accident happened after the plane landed 40mph too quickly due to a 12 knot tail wind causing two wheels to lockup and burst on the tarmac. There was no casualties on board and the prince made all the visits he planned to on the day. The prince did not pilot a plane after this incident and the caption on board the aircraft was heavily criticised in the report for allowing the accident to happen.

Islay also has a volunteer run museum which has a lot of material donated to it. On my next visit to the island I will be sure to time it during their season opening hours to expand my knowledge of what is an incredibly interesting and friendly scottish island. The website for the museum is here and the opening times are: Early April – Late October. 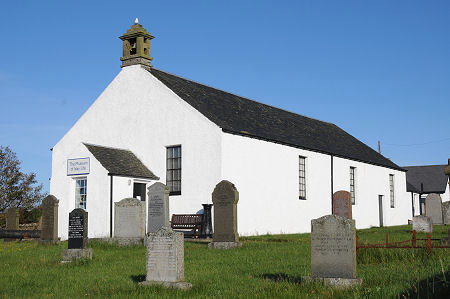