Back home after visiting the Clydeside distillery and I can sit quietly again with the new make spirit I got as part of the tour. The 20cl bottle contains new make bottled at the filling strength of 63.5% ABV in a timeless simple bottle.

Look at the label though and you will see a consistent coherent branding. I mentioned last time in the tour article about the mature and accomplished management team and this is another example. The distillery is next to the Clyde in the old docks area inside an old pumping house for a bridge over the entrance to the docks. There is clearly a shipping and marine aspect to the heritage of the location and that is why consistently you will see this red and black band branding. Just like on old ships running up and down the Clyde bringing in imports and taking away exports.

Using Scottish barley, a clear wash and slow double distillation you end up with a clear liquid called new make. At Clydeside they are using mostly ex-bourbon barrels with some Sherry hogsheads as well for the moment. In the future there will probably be other barrels used to give a spectrum of flavours from which to create releases.

Back to the new make though and what does it taste like? 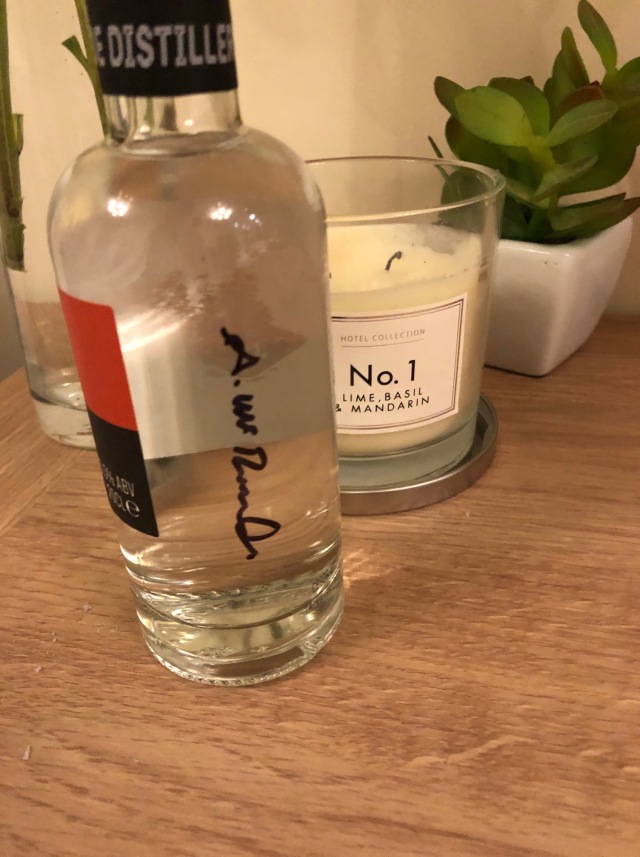 Nose – Fresh and fruity on pears and apples. Gristy perhaps as well.

Palate – Warming sure and herbal as well. Cooking apples but no fire or chemical notes

I recently spoke about the new general release from Kingsbarns and tried their new make at the distillery when I was there. Back then I remember the spirit also being fruity and crisp just like this lowland spirit. Kingsbarns have come out with an excellent first release and I don’t see any reason why Clydeside won’t be any different. A distillery to watch out for in the future with first stocks being 3 years old in December this year could we see some whisky before Santa visits us all?