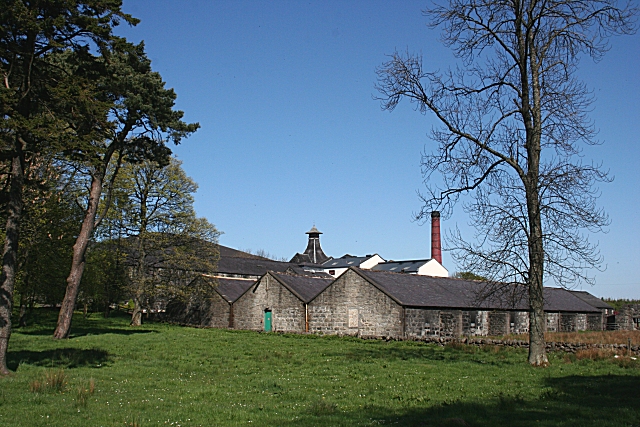 Knockdhu distillery was originally opened in 1894 in the village of Knock.

The distillery has been with the current owned Inverhouse since 1993 when it was bought as a silent distillery. The name of the brand was changed to AncNoc at this time as well.

The distillery currently produces both peated and non peated whisky from its pair of stills with the peated whisky bottles being released from 2014.

The 12 year old has been a core release since 2003 and is bottled at 40%. The colour is natural and while anCnoc isn’t available on every street corner like a Glenlivet or Balvenie the 12 year old is the one you will most likely find on your travels.

Available for in and around £30 a bottle this sits in quite a saturated market with a lot of choice so it has to stand out from the crowd.

Nose – very grassy and perhaps even a lemongrass aroma. Floral and definitely lots of intensity even at the bottling strength

Palate – light and mostly cereals with some newly cut grass

I like the InverHouse brands they make good solid whisky at affordable prices which we can all buy without fighting in ballots or auctions. In terms of the actual 12 year old I can’t think of a whisky  I have tried I could describe as more grassy and cerealy as this one.