In 2017 Glenallachie distillery went from being part of a large corp to being an independent producer. With this came a change in how the brand was marketed and how was the expectations of the whisky were. Now known as GlenAllachie they have a new fresher identity and a new market to focus on.

Led by Billy Walker using some of the same people from his previous venture at GlenDronach this is Billies passion project for want of a better phrase and the results apparently have been very good. This is my first time trying the new range and I have to say I was excited at the prospect.

The distillery itself dates back to 1967 and is located in Aberlour in the Speyside region. 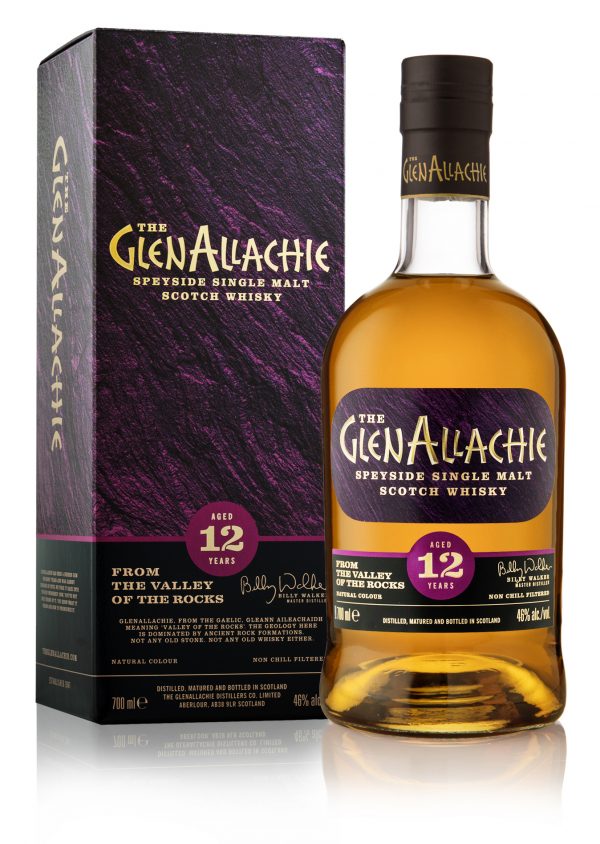 Bottled at 46% ABV with natural colour and no chill filtering this is a craft bottle with a 12 year old age statement. There are a collection of different casks used in this release including Pedro Ximénez, Oloroso and virgin oak casks to create layers of flavour. This release dates back to 2018 and is going to be an ongoing core release. The asking price for all this is less than £40 which is very good indeed.

Palate – The texture is thick and oily but actually the palate is delicate and refined. There is honey and banana over caramel sauce with a toasting to those banana’s as well. Some ginger in the mix as well as your usual sherried soak fruit notes.

Finish –  The finish is long and lingers on that ginger note from the palate.

This whisky is the same price as the Glenkinchie 12 from the last time out. I just can’t understand why anyone would buy that over this. The value and quality is just in a different league quite honestly. The highlight for me is the balanced use of PX casks which can easy dominate and ruin a whisky with its bluntness. No worries on that front here.