Ok so back to a review of some whisky I have bought after a few non review articles. The last article was on the disappointments so hopefully this will be more cheery. These late teen official bottles can be a mixed bag. Some like the Highland Park 18 are expensive and poor and others are keenly priced but full of flavour. The best example of this for me so far has been the Bunnahabhain 18.

The Diageo owned distillery on the Isle of Skye is much loved by whisky drinkers worldwide. The distillery has a lot of history being founded in 1830 by Hugh and Kenneth MacAskill. These delightful characters were the type of Highland clearance landlords children are taught about in schools (scottish schools anyway). Inbetween offloading farmers off the island for sheep they started distilling as a revenue stream. The venture did not work out for them and 18 years later the bank took over the business and so started a steady stream of owners buying cheap, losing money and selling on.

Moving on from the history, there are a number of interesting things about whisky production at Talisker. The setup of which give the spirit and therefore the whisky its interesting character. Talisker was triple distilled until 1928. to make this work it had a very unusual 3 wash still 2 spirit still setup. This same setup is still in use today.

The wash stills are unusually tall with a deep U bend which causes heavy elements to reflux. The lyne arms leads to worm tubs which is the traditional method of condensing the vapour and provides extra copper contact. This leads to very simple plain spirit stills which provide weight to the body of spirit which again is condensed using wormtubs.

So what is a wormtub? Well a wormtub is a wooden container like an oversized washback which sits outside and is filled with water. In to that water plumb copper pipes from the stills into the container and using lots of coiled pipes submerged in the water the gas will condense. The image below is from the Dalwinnie distillery. 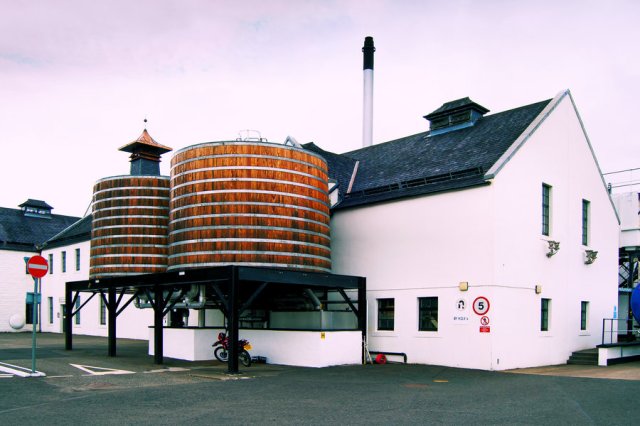 The 18 year old is a core range bottle which has been around for a while. Bottled at the usual Talisker strength of 45.8% ABV and consisting of ex-bourbon and ex-sherry wood it’s a bottle I have been after for a while. The price is good for the age at under £80 although it has been cheaper in the past (which bottles haven’t). Sure for that price you get a bit of colouring and filtering but that just leaves room for improvement from others.

Amazon don’t sell it directly but a number of sellers have it in stock. amzn.to/2NNqGE4 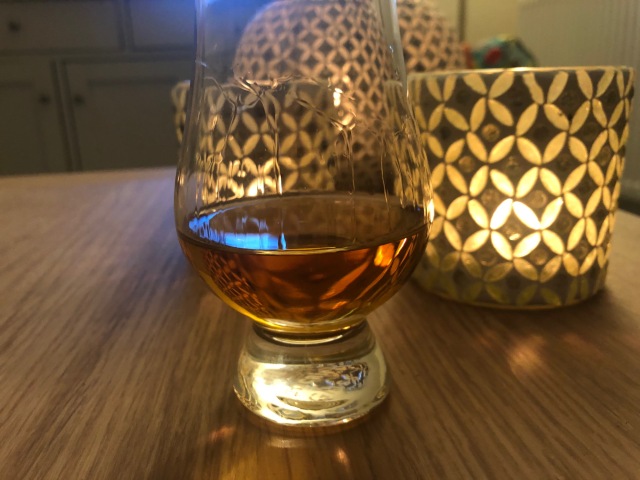 Nose – red apples with brine and citric orange. The aromas are thick and earthy but it never losses that sweet fruity aspect.

Palate – medium weight texture with toffee and lots of wood spice. There is noticeable amounts of smoke but far from overpowering smoke.

Finish – Long finish which is very sweet before developing a dry stable smoke. Tobacco leaves I suppose and a sharp kick of chilli prickles.

I have tended to like the Taliskers others didn’t like the Distiller’s Edition and Port Finish. A core edition version with is meant to have Talisker House style character I haven’t generally liked. This however? This I like a lot. It has it all from a strong interesting nose to a long smoky peaty finish.