It has been a while since I did a Tweet Tasting and just by chance I came across an advert for this tasting. A D Rattray were releasing two new limited releases and were looking for people to get involved.

This was pretty cool because the Cask Islay single malt is an ongoing release which I have never got around to trying. There always seems to be something else to try or buy and with a new arrival in the family getting time for anything other than nappies is a challenge. AD Rattray is an interesting company to work with as well because they are based in Ayrshire where I am from and where very little other whisky producers are based. That makes it a local destination for me which means no public transport or overnight stays to visit. 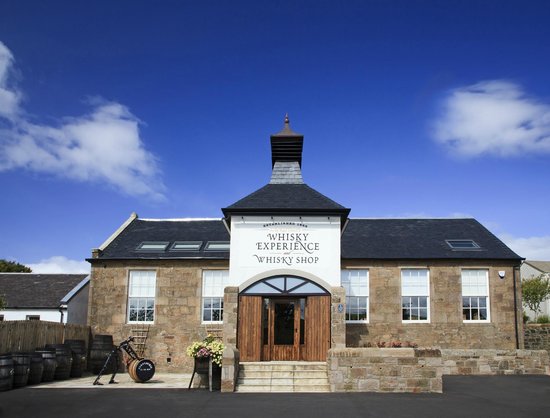 So the cask ??? range is a similar idea to the Douglas Laing series which I have been slowly making my way through. Both series involve providing customers with typical regional styles of whisky at an affordable price and approachable presentation. The interesting difference here though is these are single malts rather than malt blends. Additonally, the same distillery is used in each of the products as well. This was important for me to find out because the Port Askaig “Single Malt” range used a portfolio of different distilleries on Islay to get the quantity of stock. For me that is a real issue so I was glad to find out AD Rattray play it straight. Something that Whisky Exchange could learn from in my opinion.

Anyway, back to the whisky and the first one is the Speyside representative coming in at around 35 pounds, natural colour, unchill filtered and matured in ex-bourbon barrels for at least 10 years. Which straight off the bat makes this interesting and unusual. The Speyside region is arguably most associated with the sherry cask so to use bourbon is kind of weird for an entry level whisky. If the term “entry level” doesn’t offend too many people but if I was to guess the region blind I would have went Highland with this one.

Regardless, lets move on to the tasting notes

Nose – cereals and barley and then orchard fruits of apples and to a lesser extent pears. Vanilla for sure but more essence than extract. The sweeter element is dialed down and a chemical note is dialed up.

Palate – The apple note continues but is fizzy, sharp and slightly spirity. Think appletizer as a mixture to vodka (as opposed to apple flavoured vodka which is totally different). This develops to bring in pepper and cinnamon spice

Finish – The finish is a good length and develops the spice theme into chilli and more black pepper. Quite a sharp and bitter finish actually but you get all the cask influence without chill filtering the whisky.

I started off thinking I would like this one. The sickly sweet fruity nose made me think this was a great summer dram. It reminded me of the warm day or two we had this year but the whisky disappointed as the journey continued sadly. I think its just not my style at all and was a little too sharp and almost like a single grain to me.