Dailuaine Distillery like quite a few distilleries is around the village of Aberlour in Moray.

The distillery was built in 1851 and the Strathspey railway was built up to its door to get raw materials in and exports out to the worldwide market. By 1884 the distillery was rebuilt with a new pagoda in a Scottish first which reduced the amount of peat flavour which ended up in the spirit. This was the start of what is a common Speyside flavour profile of unpeated whisky.

Today Dailuaine is an industrial affair producing large quantities of whisky for the blends from its six stills and ten washbacks with production increased by 25% in 2012. The distillery has had a chequered past of fires and rebuilds with the last major refurbishments being from 1965.

Originally released in 1991 the 16 year old Flora and Fauna bottle is the only official release available from the distillery. Priced at around £60 and available in small amount periodically its probably most likely to appear on the large web based retail sites first. For those using their passports for a free tour around one of the open Diageo distilleries it might also appear in the gift shops at the end of the tour as well.

The whisky itself is bottled at 43% ABV and has been coloured and filtered like all the bottles in the range as far as I know. Little else is known about the recipe but it is done with a lot of sherry casks to give the expected flavour profile for a distillery deep in the Speyside region. 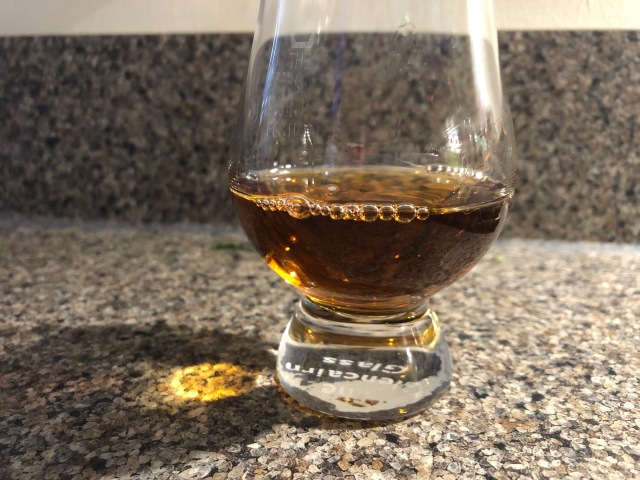 Colour – fake it til you make it

Palate – The palate still carries a lot of flavour even if it lacks weight, there is more sweet sherried notes again and cinnamon buns.

Finish – Not too bad a finish which twists to bitter and woody away from the sweet notes before it.

A great whisky which while it might not be revolutionary or wildly different it does its thing well. For a whisky you can sit and enjoy without having to dissect or investigate this is great social whisky.