The closest distillery to me doesn’t have a visitor centre, doesn’t solely produce malt whisky put was the first to restart production in Glasgow.

The Glasgow distillery has been operating out of its Hillington Industrial Estate location since 2015 and has recently started to release malt whisky. In the past they have released the Prometheus brand of unnamed whisky which I always thought was far to expensive. The current release being over £600 is simply not worth drinking and if you don’t drink it what really is the point?

Back to the current whisky and the 2019 release was matured in ex-bourbon barrels before a quick flash in some virgin barrels. All this non age stated goodness is available now for just under £50 in the UK.

To my mind this seems high for the first general release from the brand which has untested quality credentials or right to be charging such premium prices. The pain is increased when you check the size of the bottle and find its 500ml and not the usual 700ml so actually this is a normalised £70 bottle of 3 year of whisky.

What the Actual F 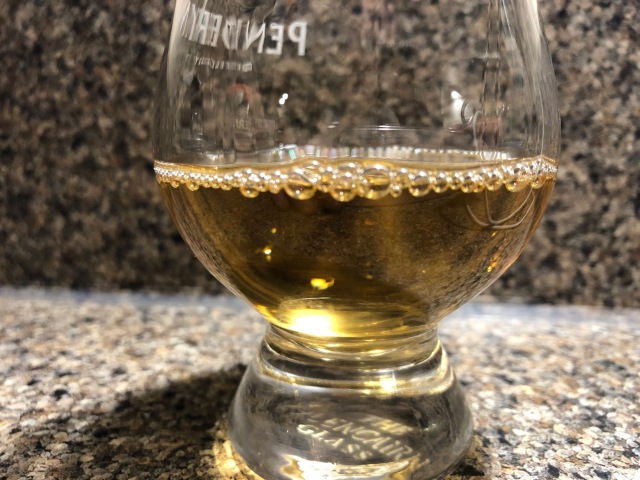 Nose – some honey vanilla marzipan and pear notes bring out some decent and enjoyable starters for 10 here. This develops into a more chemical and bitter cough sweet note

Palate – The initial approach isn’t harsh even without water at 46% ABV but in the mouth there is a strong lactic baby sick note which is massively off putting. Some say Bruichladdich has the baby sick note but its not like this. This one is really realistic in its awfulness. With water you can dull back the vomit but bring out a harsh, dry and bitter experience with perhaps a hint of cinnamon

Finish – Once you swallow the pain isn’t over the lactic vomit is back to bite but again with quite a lot of water this is beaten into submission and you have some almond notes to complete the square from the nose.

In a lot of cases being first to market is the most important thing. The story of the recently opened Clydeside distillery owned by the Morrison family is that they wanted to be known as the Glasgow distillery but were beaten to the post by the three founders behind this Hillington outfit. For Clydeside to succeed they only need to release better products that this 2019 and to be fair that shouldn’t be too difficult.

To pay £70 for what is the worst whisky I have tried this year is an insult to the market and the people who spend significant sums of money on the product. I hope there is better things to come from Glasgow distillery otherwise I would advise them to stick to Vodka and Gin.