The journey through the Douglas Laing blended malt portfolio continues with a stop back at Rock Oyster. The blended malt featuring only malts from distilleries based on Islands is now on its second release in cask strength format and looking pretty cool in blue tones.

I have done two other reviews of Rock Oyster so far including the base model Rock Oyster and the age stated older 18 year old  neither of which I particularly enjoyed. Not one to give up I am back again for more.

The Cask Strength edition is available still for under £50 in the UK although having been out for over a year now stocks look to be running out. Its bottled with a natural colour of course and no filtering but with a hefty 56.1% ABV. The small batch run of 8400 bottles is the second release of a planned two batches so at the moment there are no plans for a third outing. For the second release all the whisky has been matured solely in American Oak with the first batch not giving any details as to the recipe. 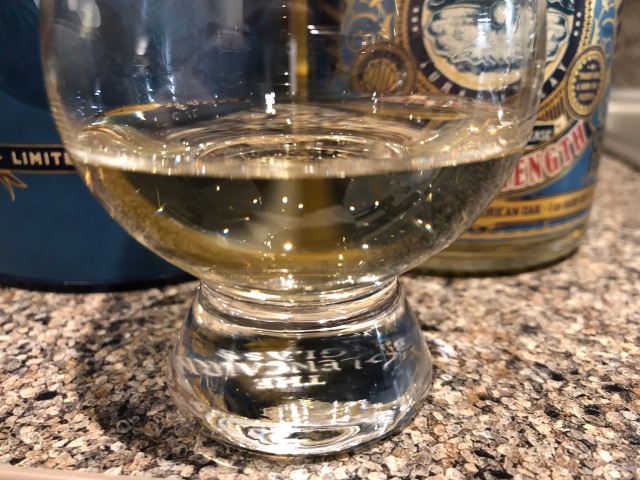 Palate – pretty intensely over brined fish and a lot of chilli heat with more light smoke touches. The palate tastes intense and the texture is equally so with a lot of bite and meat to it.

Finish – A long and lingering smoked finish is dominant but there is a tart cooking apple note from what is a spirit-y whisky.

Initially I wasn’t too keen on this one. For me, it was too intensely salted and too blunt an instrument in all honesty. With time in the bottle and getting the amount of water right (use a lot) it has become more interest and more complex. Whisky and books are somewhat similar and while you shouldn’t judge a book by its cover neither should you judge it on its first chapter.

Words to live by.