The Gordan & MacPhail owned Benromach distillery gets a lot of positive love on the internet. Back in the early 90’s when the distillery was bought and then brought back into service in 1997 it wasn’t the done thing. Back then people who dropped large amounts of cash on starting whisky distilleries were mental reckless individuals, today its easy to think of it as just another Monday press release.

Benromach was again ahead of its time when it worked out its USP would be traditional craft production methods using a team of people rather than computers. As a software engineer that might professional make me just a little sad but you know when you visit somewhere like Bruichladdich or Benromach they have so much more soul. More soul than Kininvie for sure but also new builds like Arran which has been around for a similar time to the rebirth of Benromach.

This is my second experience with Benromach now. In my first bottle the Benromach Peat Smoke 2007 (Bottled 2016) it  kind of jarred with me slightly. Pershaps this slightly older whisky will be more to my taste. 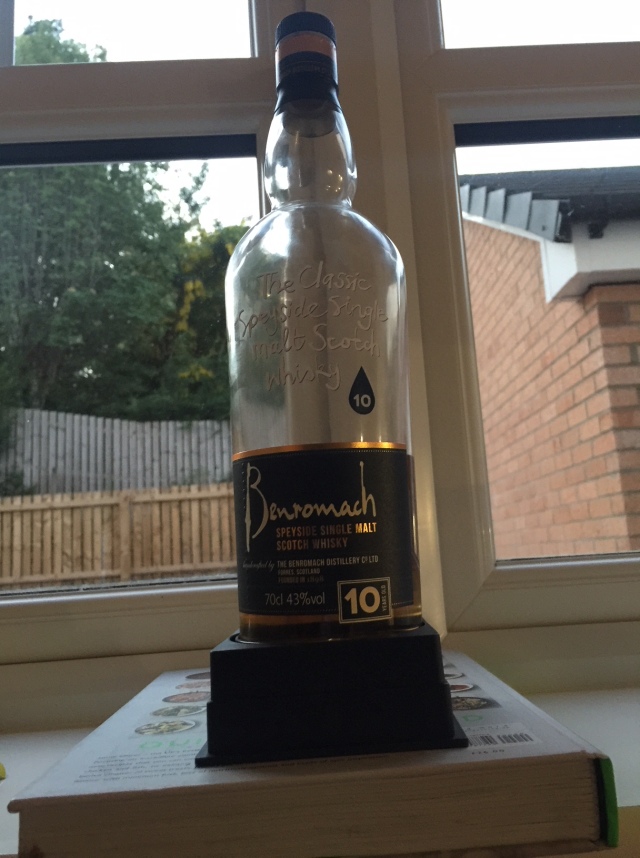 The Benromach 10 is bottled at 43% ABV and is well priced at around £35 in the UK. Unlike most young core range whiskies this is almost never discounted but equally isn’t inflated in price either. Strong and stable if you will (*cough*).

The colour is natural but the filtration method is not which is the wrong compromise for me but fine. The wood policy is strongly in favour of first-fill bourbon and sherry casks which will benefit the younger ages of the releases. It also provides a lot of refill casks for G&M’s other activities within the whisky industry as well. So all in all there is a lot of expectation around what this whisky tastes like to me. 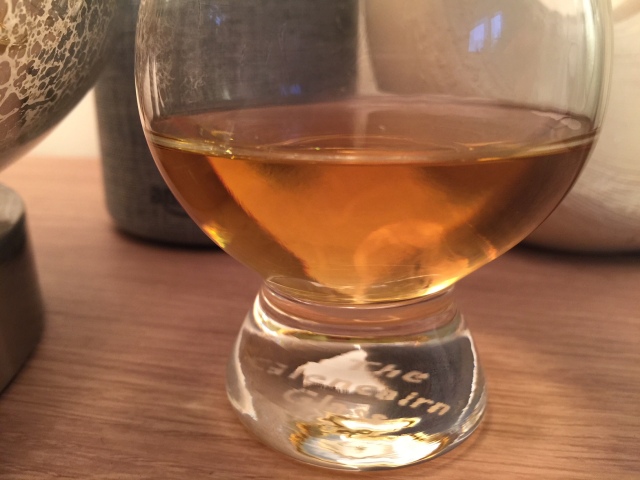 Nose – A touch of smoke with quite a lot of orange rinds. There is also some brine but balanced with the sweetness of honey and vanilla. Some nutmeg is just in the background to.

Palate – There is much more nutmeg on the palate with more brine. The whiffs of smoke linger here again with lots of ginger.

Finish – Quite a sweet finish with just a little bit of bitterness to temper it. More dry smoke and citric fruit rinds.

On first opening the bottle actually the first thing that came to mind was Bowmore 12. That slightly brine-y subtle smoke really did take me off to the distillery over on Islay not Speyside. Once the bottle dropped a little though it was a different bottle but its just an interesting thing to point out. I really do like this though but wonder if spending the extra £15 for the cask strength version of the 10 year old is perhaps a more interesting and better value option.