In 2016 I visited Auchentoshan distillery and did their “Ultimate Tour”. As the first tour I ever did it was probably a mistake because the time, range of products and knowledge I got from one morning in Clydebank ruined me for the other tours I have done since which were, admittedly, all much cheaper and shorter experiences.

I previously reviewed the distillery cask bottling with the stand out bottling being the 1975 vintage which was well over my budget. I know a lot of bloggers and vbloggers always say some exotic mentally priced bottle is the best thing ever but this really was something very special. The extra long term maturation in a used ex-bourbon cask against relatively neutral Auchentoshan spirit was very unusal and sweet.

Back in the realms of affordability though, this engineered triple wood expression at around £45 couldn’t be more different but still a good one to buy. 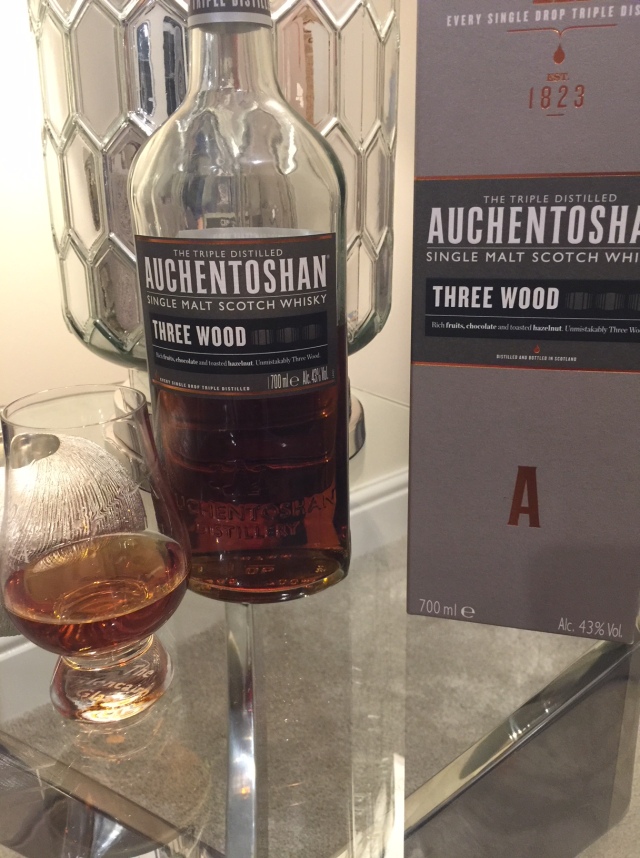 The Auchentoshan Triple wood is matured in three different types of casks as the name would suggest. All the barrels used in the recipe are between 9 and 11 years old and are either ex-Bourbon, ex-Oloroso sherry or finally ex-PX. I am slightly hazy on what the tour guide said on the day but I think the bourbon and oloroso sherry are married together before a final maturation together in some ex-PX casks. It is bottled at 43% ABV and available widely for around £45.

The colour of this whisky is natural and I believe it is only lightly filtered as well. All in all quite a decent spec list although the alcohol level is quite low. As an aside, Auchentoshan is only of the few distillery shops I know where the bottles can be found cheaper than online. One to remember if you are passing through on business or live nearby. 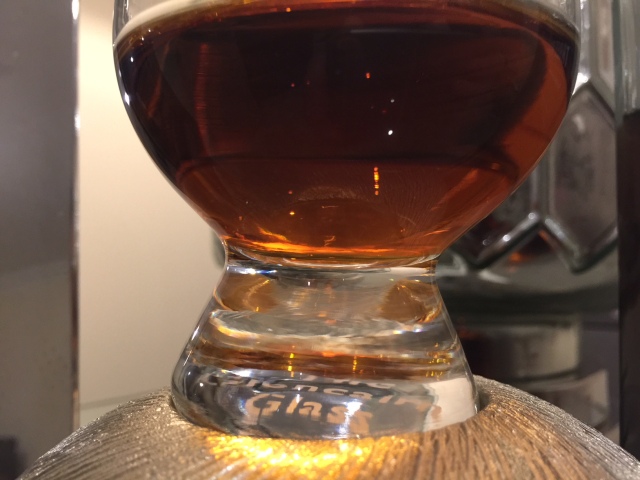 Nose – Hazelnuts and stewed fruits with a heavily brewed pot of tea. There is some furniture polish and leather cleaner as well.

Palate – More of the nuts with a twist of pepper, cardamon and cloves. The mouthfeel is quite weak though and there is a hole in the middle with little going on. There is some milk chocolate though and cocoa beans.

Finish – A good length to the finish and it brings in some of the influence from the bourbon cask. A touch of caramel and a touch of honey with more of the rich dark chocolate notes as well giving a bitter end.

With the triple distilled nature of Auchentoshan it can be commonly slated for being a bit of a blunt instrument. I don’t think that is any bad thing and just means that a good Auchi tends to be a very wood influenced dram. This one is very dry and intense with the PX sherry cask being very overpowering of the other 2 cask types. That is probably a waste of all that other maturation so perhaps more balance could be achieved with a little less time in the PX.