Last weekend I managed to take in a tour at the Deanston distillery. It was only at the National Whisky Festival in July that I tried a Deanston for the first time. It was the 18 year old expression and it lived up to my expectations. I am a big fan of the craft style at Bunnahabhain which I have been buying for some time. With Distell owning both distilleries and Tobermory distillery I knew the level of quality would be consistent between at the brands.

With that in mind and Chris at the Deanston stand being more than a little persuasive about making the trip up from Glasgow I booked up for a standard tour of the distillery. For the very reasonable price of £9 you get a 50 minute tour of the distillery, a tasting of the standard 12 year old expression and a £5 voucher to use in the gift shop where you just know every tour starts and finishes from. 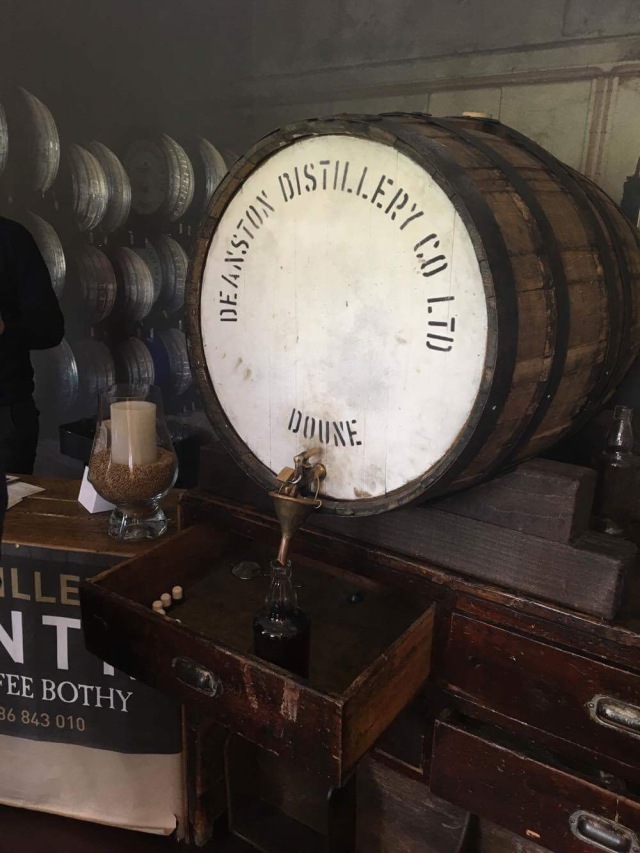 Before we go any further I will get out the way that the current Bottle Your Own is a 8 year old Red wine Cask for £75 as pictured above. I know the BYO is the major draw for a lot of whisky fans who want to get a little something unusual and special as a memento. A memento which should be drunk one day though of course!

Now that is out the way I can describe the tour around this 1960’s distillery set within a old cotton mill building dating back to the late 1700’s which produced cotton until 1964. The architecture is quite unlike anything I have visited before. There is a fairly unsubtle blending of the cotton mill architecture from 1785 and the modern more brutal angular 1960’s architecture which was so fashionable at the time.

The tour starts with a video of the history of the distillery and then continues on to walk you through the process of producing whisky. The first port of call however is one of the more unique features of this distillery. They have an on-site renewable energy generation plant which provides all the electrical energy for the distillery but also provides energy to the National Grid. 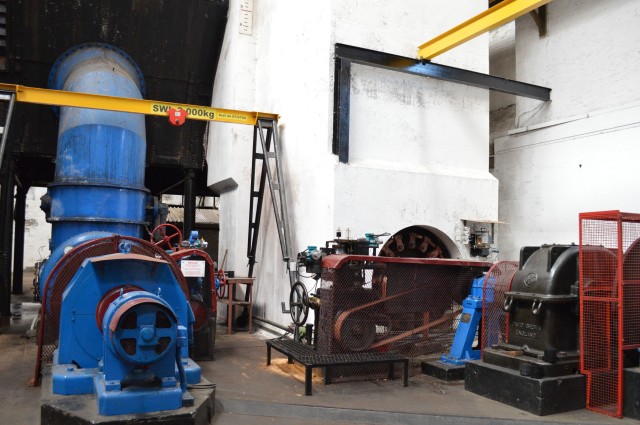 The old turbines date from 1937 and are still in working order. They provide 1.3MkWh of power to the national grid a year which is the surplus on the distilleries needs of around 14,000 kwh a week. In simple terms Deanston provides enough power to 394 homes and interestingly the 2001 census has the village of Doune as having a population of 1600 people which if you take an average of 4 people per house is 400 homes.

The first part of production is in the milling process which still uses the original milling machine from when the distillery first opened. From milling the mash tun is the next port of call and this is pretty interesting being a rare open top type which there are very few still in use. It is also the first one I have ever seen in the metallic flesh. 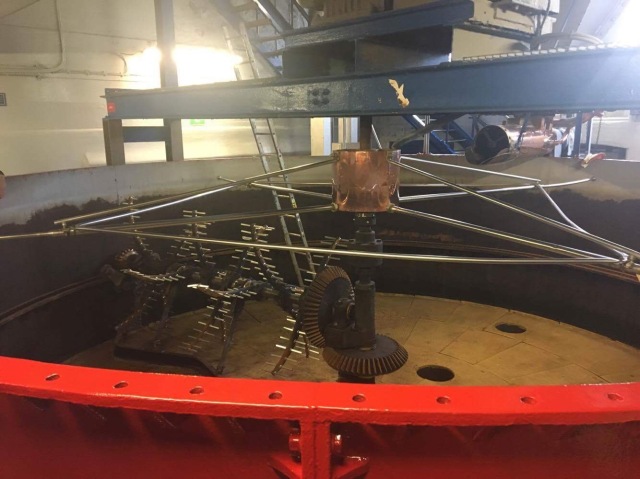 Deanston has only ever had steel washbacks which while looking marginally tired on my visit are still functional in the fermenting process of making their unpeated malt whisky. 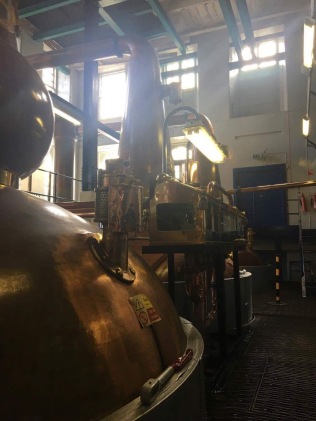 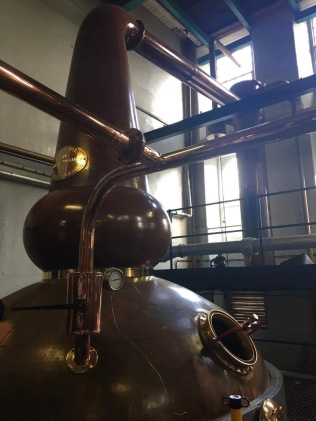 Of more interest is the four stills in the stillhouse at Deanston. Each still is fairly large and also has constricted reflux bowl with a rising lyne arm to produce a light and fruity new make spirit.

The last area we visited as part of the tour was the cask filling station and one of the warehouses. The filling station is the part of the building which felt most like the 1960’s in my opinion. This isn’t a bad thing but I do think a photographer would really enjoy snooping around in there and getting some lovely moody photographs. That could be a new line of tours actually for the growing popularity of digital SLR camera owners these days! Food for thought for someone at head office maybe? 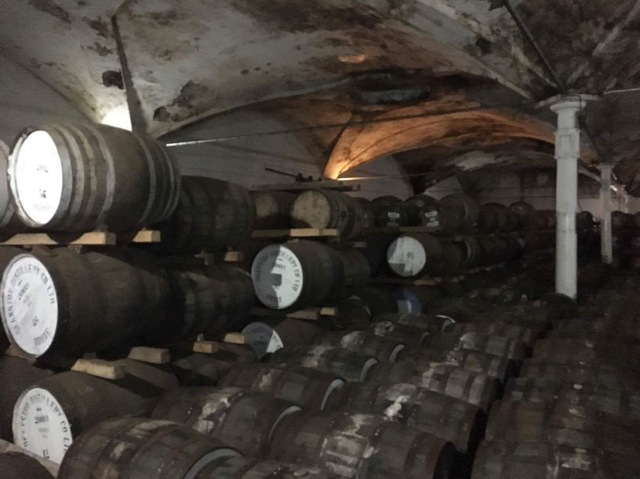 Notice in the picture above the large amounts of black fungus so common in and around distilleries. Also the very interesting roof structure which was in the original weaving area and is designed to channel the condensation from the hot work down the pillars.

In the warehouse I noticed quite a few interesting casks including a Ledaig from 1975 which will be worth more than a couple of pennies when bottled. An interesting demonstration by our guide was to knock on a variety of casks at different ages to hear just how different a cask aged for 1 week compares to a 42 year old one in terms of hollowness.

I really enjoyed my trip around the distillery which has a lot of nice little unique features and quarks about it. There was recently a couple of news reports that the owners are considering major renovation works in a similar vain to those announced for Bunnahabhain. I am not I wouldn’t miss the period character of the place as it is today though if that happened. I hope to visit Islay again soon and take in a tour of Bunnhabhain and I suspect I will feel its slightly drab character is part of its charm as well.