The last whisky from the Glen Scotia tasting is a Travel Retail Exclusive. The growth in the travel retail sector for spirit sales has recently been very strong. Increasingly producers are spending money developing their brand presence in the “Duty Free” shops in airports. Margins here are boosted by expressions only available through that distribution channel.

One such expression is this Glen Scotia 16 year old which is a year older than the more widely available 15 year old and in a larger litre bottle. The flavour profile is also different with the 16 containing some sherry casks. 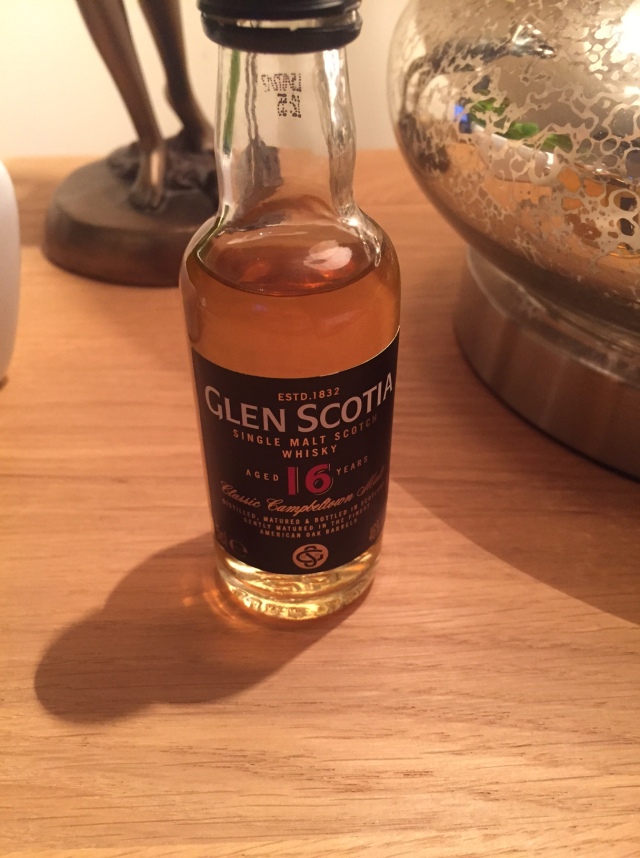 The Glen Scotia 16 Year Old is an unchill filtered release at 46% ABV. There is potentially some amount of colouring used in the bottle but it is not stated one way or the other. The whisky is all matured in American oak with a mix of ex-bourbon and ex-sherry barrels. 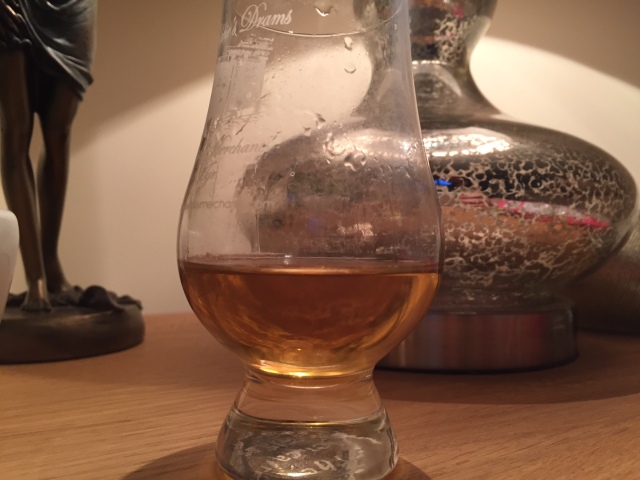 Nose – Quite coastal and saline. sweet vanilla and honey combines with oak spices

Palate – A nice oily texture of a whisky. peppery spices run all the way through the taste. Orange oil and rich sherry notes around an earthy robust palate.

Finish – The oiliness in the texture helps the spicy finish to linger. Cinnamon and citric zest steeped in alcohol.

This is a fairly gentle lightly sherry matured whisky in the Campbeltown style. There is a lot of flavour but it takes time to appreciate it fully. This is no bad thing but again I am left marginally disappointed by the potential use of colouring. I hope one day whiskies north of £50 a bottle are all presented in the craft style free from artificial colouring, aggressive chill-filtration and a decent strength. This whisky gets 2 out of 3 on that score and like the song says, that ain’t bad.