Following on from my last piece on buying whisky at auction I thought I would review one of the latest bottles I bought at auction. This Laphroaig PX Cask is exactly the kind of bottle I look for at auction. It is a product I was interested in buying because I enjoy the bottles which blend sweet sherry wood with strong peaty spirit and secondly because this product is a Travel Retail Exclusive it is hard to find without getting on a plane.

Laphroaig distillery is on the southern end of the Isle of Islay. The distillery was built in 1815 by Alexander and Donald Johnston. There company D. Johnston and Co held ownership of the distillery all the way until the 1960’s.

The distillery was one of the first to release bottles as a single malt from the 1920’s and was also allowed to be sold in the United States during prohibition. The single malt was used for medicinal purposes only and there is a story (myth) that it was decided that something so foul could not be intended to be sold for human consumption. It was however, used to treat alcoholics who found themselves living in a country where alcohol was banned but were physically dependent on alcohol.

Today the distillery still uses its own floor maltings which contribute 20% of their malted barley. The reason for keeping the floor maltings when most other distilleries were closing them down was to keep that distinctive Laphroaig character which the mechanised maltings at Port Ellen cannot quite replicate.

Once the malt has been mashed and is ready to be distilled it goes into one of the seven stills currently installed in the distillery. There is an odd number of stills because one is double the capacity of the others and provides a different character of spirit which can be blended into the rest of the produced spirit.

The last thing to mention about Laphroaig is the “Friend of Laphroaig” members club. This was one of the first loyalty schemes to cultivate brand loyalty and brand awareness. When you buy a bottle inside the carton is a registration code to setup your account. This also gives you the ability to get a square foot of Islay and get paid rent in the form of a miniature bottle of Laphroaig when you make the pilgrimage to the visitor centre.

The square foot actually exists on the island and using the GPS co-ordinates you can visit your patch and using the online account you can also see which Laphroaig fans you are neighbours with. The website itself is a curious mix of social media website and points loyality scheme. Facebook meets Nectar if you like but I think the website could do with an overhaul it is quite old fashioned and clunky. The social aspect is not completely fully fleshed out and the navigation is pretty hard to understand. 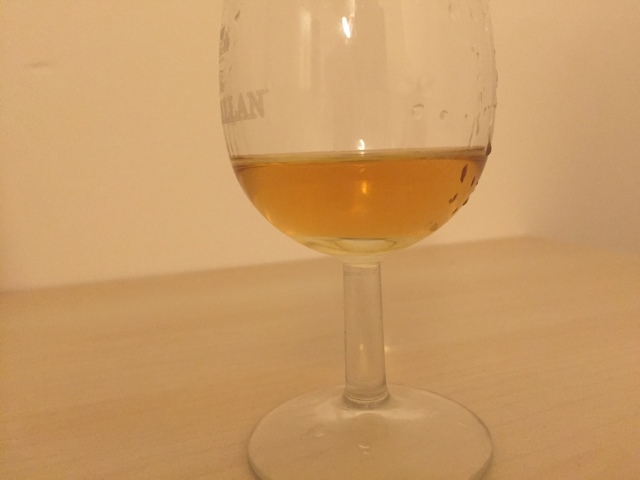 The Laphroaig PX Cask comes in a litre bottle. The traditional size for the travel retail market and is bottled at a very healthy 48%ABV. At auction I got this for £60 plus commission which I think is a pretty good price really. Master of Malt have sold this for £90 when they have had stock in the past https://www.masterofmalt.com/whiskies/laphroaig/laphroaig-px-cask-triple-matured-whisky/

The label calls this a triple matured whisky because the whisky has hopped between three different casks before bottling. Straight off the still the spirit was filled into normal ex-bourbon barrels before being added into quarter casks with a final finish in a Pedro Ximenex sherry cask. This is a very sweet form of sherry which is used as a sauce on ice-cream on the continent.

This bottle is probably not chill filtered being at a higher ABV and the colour is fairly light so if colouring has been used it has not been extensive.

Palate – lighter peat now and its all about that px finish. You can pick our grapes and sultana’s around a rich base of fizzing peat embers

I keep going back to this bottle again and again. The peat intensity is not like the younger stuff and I think it benefits from it. The richness and mellowed peat make me think there is older stock in the bottle as well. I could be wrong and the same effect is coming from the use of quarter casks and a strong sherry finish.

The TCP flavours and the sharp sweetness have married and combined to give a balanced and enjoyable whisky. This bottle might not have an age statement but it is not one to tar with the disparaging NAS label.