Today we are back to the official distillery bottlings with this large highland producer. 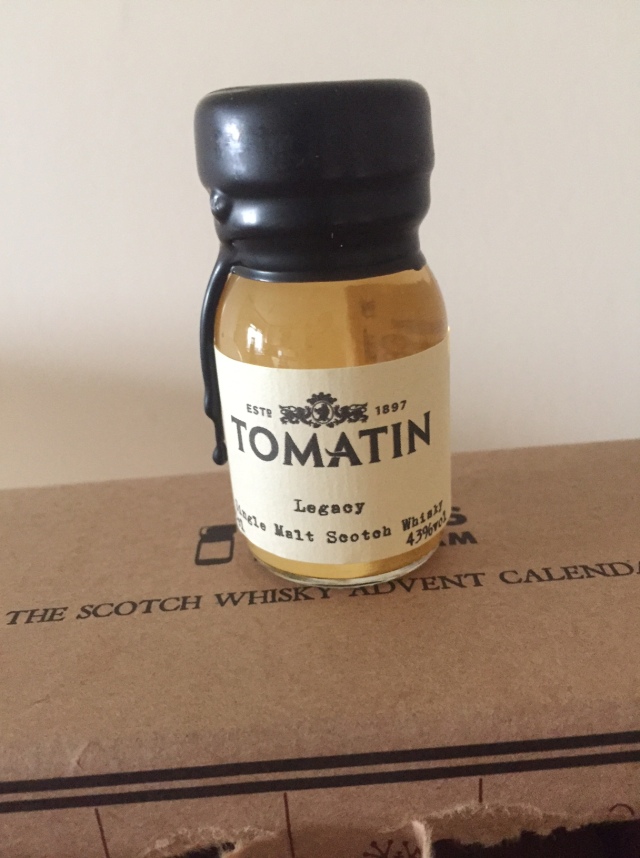 The Tomatin distillery sits right on the border between the Highlands and the Speyside region.

As with so many scotch whisky distilleries there is evidence of illegal distillation on the site for centuries. The name Tomatin translates as “Hill of the Juniper Bush”. This is significant because Juniper wood does not produce smoke when it is burned. Something of a requirement if you want to distill spirit outside and not get caught by the excise men.

The legal distillery dates from 1897 and the location had a lot of advantages. From the new railway to the plentiful supply of water. In fact, the only thing that was not plentiful was a skilled workforce close at hand. To solve this problem the distillery was built with enough housing to accommodate the whole workforce so it could be relocated and close at hand. An interesting fact about the distillery today is that 80% of the current payroll still live in site in those original houses.

Tomatin through the 1950’s to 1970’s gained a good reputation with the blenders and increased capacity to an eventual 5 sets of stills to meet demand. They also had their own range of single malts something very unusual at the time. The below video shared from the Tomatin distillery YouTube page is a PR movie made in 1958. It is really interesting to see the whisky production technique from back then and how that compares to some very modern distilleries today.

With the global downturn for blended whisky in the 1980’s the Tomatin distillery was wound down and closed. The size of the operation meant the overheads were too high to sustain when blenders did not want to buy any stock. In 1986 the distillery was reopened by  Takara Shuzo who were previously the largest single customer of Tomatin distillery. This marked the first time a scotch whisky distillery would be owned outright by a Japanese company. Something that is very common today for better or worse.

The Tomatin Legancy is a no age statement whisky at 43% ABV. It is matured in ex bourbon barrels and virgin oak. This is quite an interesting combination for an entry level whisky. Virgin barrels can be quite expensive and produce quite a distinctive spicy flavour profile which makes them appear higher up the range generally. This bottle is available here  for £26.95 which is an incredible deal in today’s inflated market. 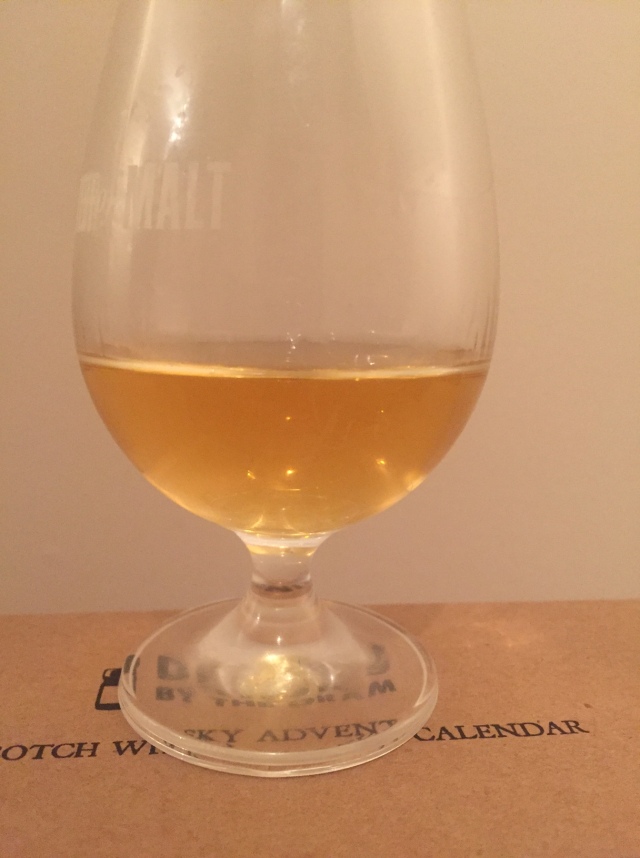 Finish – considering how minimal the palate is the finish is actually pretty long. Ends with a bitter oak note.

Now I think I understand why the virgin oak was used. It was a method to speed up maturation like using smaller casks. Using a smaller cask increases the surface area on the volume of liquid which makes for active maturation. Equally, you can try to use feisty virgin oak casks to get an active oak flavour. In this case I am not sure it has worked the whisky still tastes quite under matured to me. It would be nice to compare this to Tomatin’s 12 year old which I would hope will have the alcohol edges sanded down.